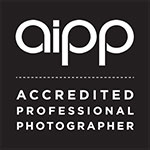 Peter is an award winning Photographer, specialising in Sport, Documentary, Landscapes, Underwater, Fine Art, Adventure, Travel and Editorial with over fifty covers, feature images and his own written articles in some of Australia's well known publications. Peter is an accredited member of the Australian Institute of Professional Photography (AIPP). Giving you the confidence that strict guidelines have been met to ensure your work is carried out and delivered in a professional manner.

Runner Up in the 2012 International Panoramic Awards. Gold Award.

Finalist in the World Open Of Photography Awards (Over 9000 entrants).

Silver Award at the 2010 International Aperture awards in Sport Category.

Bronze Award at the 2010 International Aperture awards in Sport Category

Prior to 2000 his awards included 3 Nikon Sponsored awards, various internet competitions and a second for an international AGFA film, photographic competition.

He had a break from entering competitions for a number of years and decided to enter a few in 2009. It was this year 5 awards were obtained.

A commendation in the “SONY WORLD PHOTOGRAPHY AWARDS” held in Cannes, France.

Finalist in the “ANZANG (AUSTRALIA, NEW ZEALAND, ANTARCTIC AND NEW GUINEA) LANDSCAPE PHOTOGRAPHER OF THE YEAR in the “OUR IMPACT”” section held in Australia.

Growing up in the suburb of St Ives and at the early age of 10, found himself exploring as much of the Australian bush as he could find. Completing a Motor Mechanics apprenticeship in 1989, his photographic career started immediately after purchasing his first camera in 1990. Six months after his proud purchase his first published image appeared on the cover of a magazine.

It was at this point he found himself in the Whitsundays, on the Great Barrier Reef shooting Underwater and holiday makers on the Reef. After learning as much as he could in the travel tourism industry, he made his way to Perisher Valley in the Australian Snow fields to work as a Ski Photographer. Shortly before turning Freelance he moved to Cairns to work as an action photographer with AJ Hackett Bungy. As a freelance sports photographer he was able to travel the world.

Peter is a Freelance photographer and his work has been published in all corners of the world.

One of Peter’s recent self Projects is to bring images of Australia’s Ancient History back for archival purposes. Travelling to remote outback places for up to 3 months at a time looking for Aboriginal artefacts along the way.